ROOM TO GROW YOUR DREAMS

A LITTLE ABOUT US

BASEC'S shared vision is that its communities be healthy, vital, and have the capacity to produce results they care about.

It has been described as “The Land That Time Forgot”… As the rest of the world advances, it seems as though rural America has halted to a stop, if not reversed. Rural America, which accounts for nearly 72 percent of the nation’s landmass, is populated by a mere 15 percent of America’s population. We have read and heard about the migration out of “the country” into cities in iconic novels, such as The Grapes of Wrath. This rural exodus is the legacy of the Dust Bowl era and continues to be a reality for many rural communities today.

Beadle and Spink Enterprise Community, or BASEC, has a story that starts over 150 years ago. Our story originates with homesteading pioneers from all over the globe: driven, determined, and persistent – with hope even in an area that was unforgiving. With hope in the prairie.

BASEC’s quest, just the like the pioneer’s, is to forge a new beginning.

In a sense, the individuals that we serve are pioneering into a new century for rural America. Promising and committed, rural South Dakotans are meeting moments of impact as they pave the way for a next generation of South Dakotans.

“Your big opportunity may be right where you are now” (Napoleon Hill). Today, those opportunities are being taken advantage of by South Dakotans who are committed to the future of their small towns.

Federal, bi-partisan legislation, “The Enterprise Community Initiative,” was designed to help distressed areas in improving themselves. The initiative required participation and encouraged leadership from all levels of the community. Eligibility for the grant was determined by census tract data per the federal government.

The Northeast South Dakota Community Action Program (NESDCAP) was the applicant agency and conducted a series of “grassroots” meetings in the eligible census tracts, gleaning required information from participating residents and resource agencies. The meetings identified that residents wanted programs and access to funds in the areas of housing, education, business, agriculture, health, rural development, and community leadership.

Through the diligent collaboration of NESDCAP, the eligible communities, partner resources and agencies, and a very supportive congressional delegation, BASEC was designated on December 12, 1994 as an “Enterprise Community”. Initial grant funds of $2.97 million were awarded by the Department of Health and Human Services to create a revolving loan fund. Since receiving those grant funds, BASEC has financed over 108 business and 213 housing loans in Beadle and Spink counties. 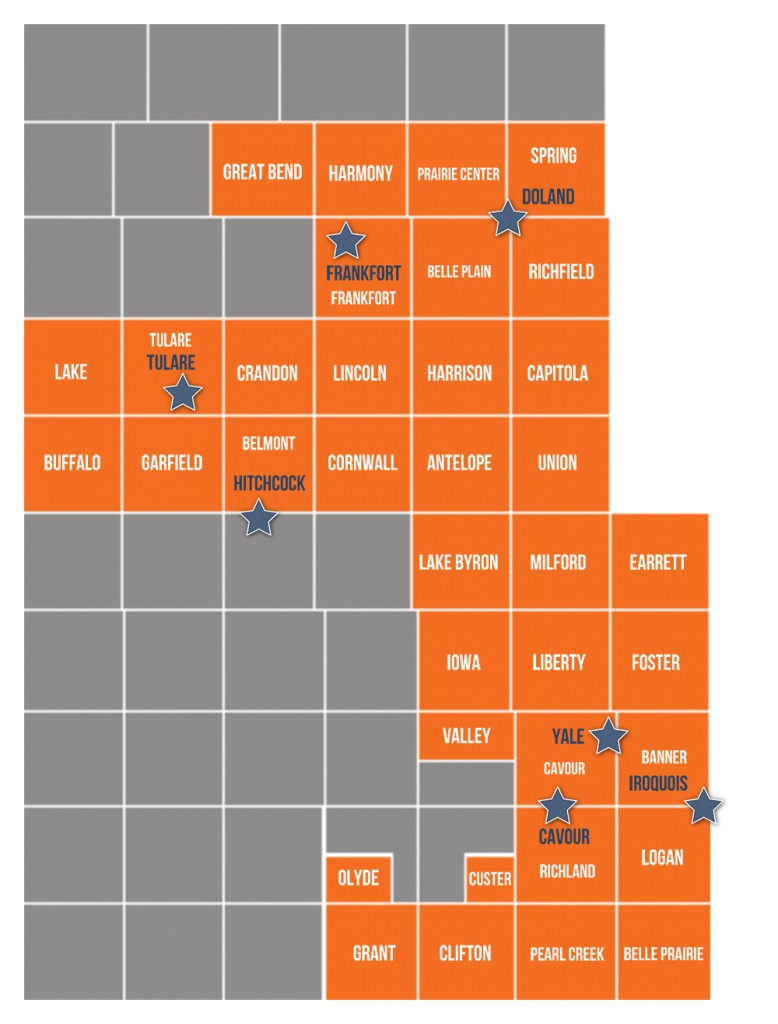 BASEC assists with the retention of local business, the development of new businesses and the development and maintenance of community infrastructure and facilities. In addition, BASEC partners with communities in order to create opportunities for housing construction and rehabilitation.

BASEC strives to be a holistic economic and community development catalyst. Assisting communities with innovative strategies to enhance their ability to effect change and growth is of foremost importance to BASEC’s organizational mission. BASEC’s role in this development is that of a facilitator – bringing people and resources together to grow various assets in their communities.

We finance business start-ups, purchases and expansions. We finance the purchase of real property, equipment, and inventory.
We can assist you in building, acquiring, or rehabbing a home.

BASEC also works to assist communities in developing housing and much needed facilities. For example, we helped several communities in the building of speculative housing, fire stations, and community rooms.

We’re here to open the door to your dreams. For more information on our services, please visit our Services tab.